What is Chinese Medicine?

Yin and Yang: the A and Ω of Chinese Medicine

Traditional Chinese medicine (TCM) is based on the theory that the elementary energy of life QI (pronounced “chi”) flows through the body in channels, so called meridians. These meridians could be compared to rivers which hydrate the body and supply its organs. Every disruption of this system has the effect of a dam that blocks the vital flow of life. Consequences of these blockages are ultimately illnesses and pains.

To restore the body’s harmonious balance many methods were developed in East Asia which diagnose, treat and prevent illnesses safely and effectively. Traditional Chinese medicine overall has five areas: next to the three most well known and important areas of acupuncture, herbalism (phytotherapy) and dietetics (nutritional science) there are the areas of Tunia (Chinese massage) and Qi Gong (pronounced “chi gung”; therapeutic exercise).

Chinese medicine has been in practice for many thousands of years and has healed more people across the world than any other course of treatment. The reason for this is that the ancient Chinese procedures are diverse and consider many connections between the body and the soul which are often ignored in Western medicine. Traditional Chinese medicines overall diagnosis and therapy treats existing symptoms individually depending on age, time of life and season.

How does acupuncture work?

Together with the Xue (material energy) the humans energy flow Qi (pronounced: „chi“, active energy) circulates meridian channels outside as well as inside the body. As long as the body is healthy the balance of the channels can be retained. Stress, of a short or long duration, physical or emotional, can unbalance the flow of the Qi and cause unwanted symptoms. 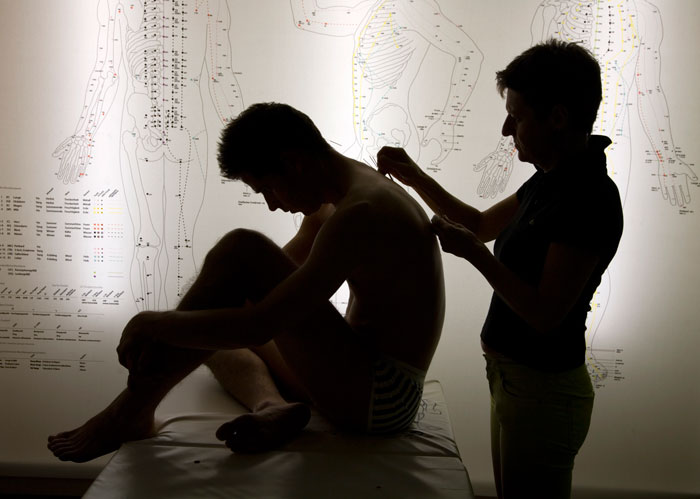 For example, confrontation in everyday life can lead to migraine or insomnia. In the long-term this could cause further complaints (for instance depression) which emphasize the initial problem.

One’s body has an exceptional ability to cure itself. But when emotional stress or physical demands become too much to cope with, the organism will severely weaken. A full recovery by oneself would then take a long time.

This is when acupuncture can help relieve pain and in many cases heal completely with hardly any side effects.

Acupuncture needles remind the body how to heal itself

Acupuncture is the procedure of inserting and manipulating needles into various points on the body’s channels to harmonize the energy flow. In one session, between ten and forty acupuncture points are activated or calmed – with the finest of needles that are no more painful than a small insect bite. In acute cases the duration of therapy consists of five to ten sessions. For especially persistent and chronic cases treatment up to thirty sessions may be necessary. 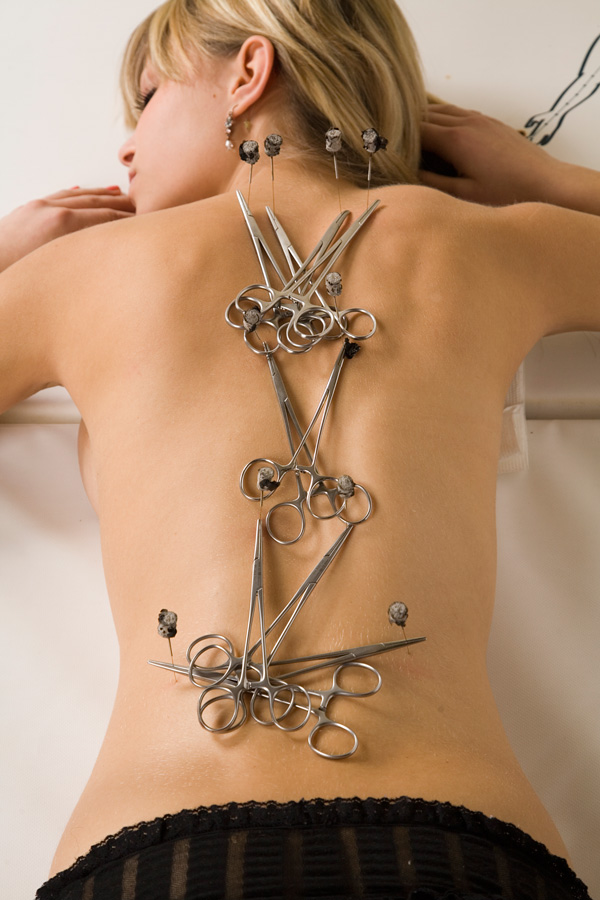 In the related technique called moxibustion herbs are applied to needles or a surface above the acupuncture points are then burned in a controlled manner. This method strengthens the organism and recreates their original harmony. The herb mugwart (artemisia vulgaris) is used for this equally comfortable and successful treatment.

How does western medicine explain the effects of acupuncture?

In Western medicine there are various approaches to explain the effects of acupuncture:

Endorphins are released by stimulating the body with needles. Produced in the brain, these opiates cause a painkilling effect in the central nerve system (brain and spinal cord).

By using acupuncture individual bundles of nerves within the spinal cord are blocked, so that certain pain stimuli cannot be sent to the brain. This theory is called "Gate-Control-Theory".

Change of the blood flow

During acupuncture treatments the blood flow in the area of the needle pricks is intensified. This causes a rapid transportation of toxins and nutrients. The total of these effects actively support the healing process.

Experimental examinations have shown that after an acupuncture treatment, the pituitary gland (hypophyse) releases a remarkable amount of hormones which stimulate the suprarenal glands cortisol production.
This steroid hormone is also created artificially and is often used for the treatment of allergies such as hay fever or asthma.
By using the cortisol produced by acupuncture one can forego the artificially produced cortisol medication with its varied side effects.

However, Western research has not yet fully managed to explain the mechanism of acupuncture. This is due to the difference between the Western and the Chinese art of healing and that the latter do not examine individual symptoms that are then treated with one kind of therapy. The focus of traditional Chinese medicine (TCM) is on integral treatment in which various complementary techniques take effect. 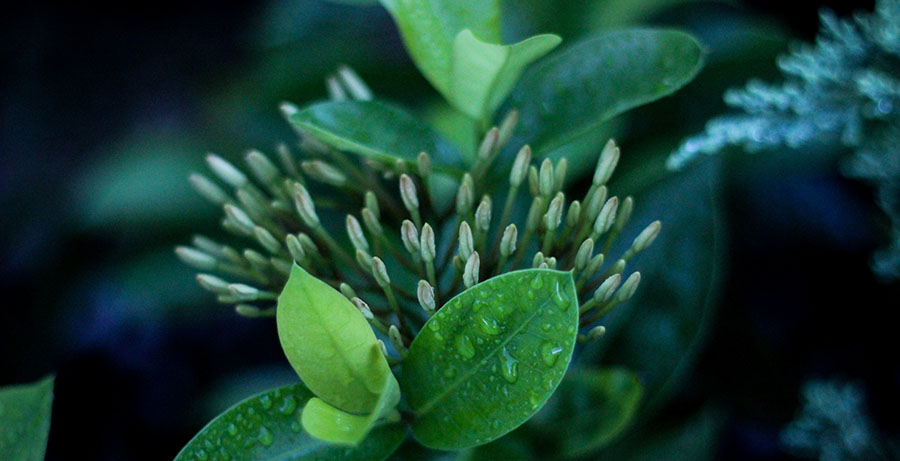 Every person has his or her individual Qi. And it is the same with herbs. The art of Chinese herbalism (Phytotherapie) is based upon mixing and adapting the Qi of selected herbs so that it suits ones momentary needs for well-being.

There are three main characteristics for medicinal herbs, which are important for making a sensible choice for therapy.

Medicinal herbs can be hot, warm, neutral, cool or cold. The different temperatures have nothing to do with their preparation but refer to the type of illness for which they are being used for. Thus cold herbs are used for hot complaints, for example fever or infections, whereas warm herbs are used for cold complaints or insufficiencies, for example colds or certain types of bladder problems.

Six of types of flavors are known to Chinese herbalism: sweet, sour, salty, bitter, spicy and neutral. These interact with the “five elements” (earth, wood, water, fire and metal) and the “five Yin-organs” (spleen, liver, kidneys, heart and lungs). The herbs’ flavors have an effect on the body’s various layers as well as the organ systems.

Recipes for medicinal herbs are made so that they have an effect on certain organs with a certain temperature and a certain flavor. Mulberry fruits (mori fructus) for example are seen as cold and sweet. Their effect supports the blood and strengthens the Yin. The fruits are used for certain forms of insomnia, vertigo and tinnitus.

In contrast to the mulberry, the walnut (juglandus semen) is described as warm and sweet. It supports the Yang and is used against chills of the back or frequent urination as well as chronic coughs or certain types of constipation.

In certain cases Chinese herbal recipes are supplemented with mineral or animal substances. 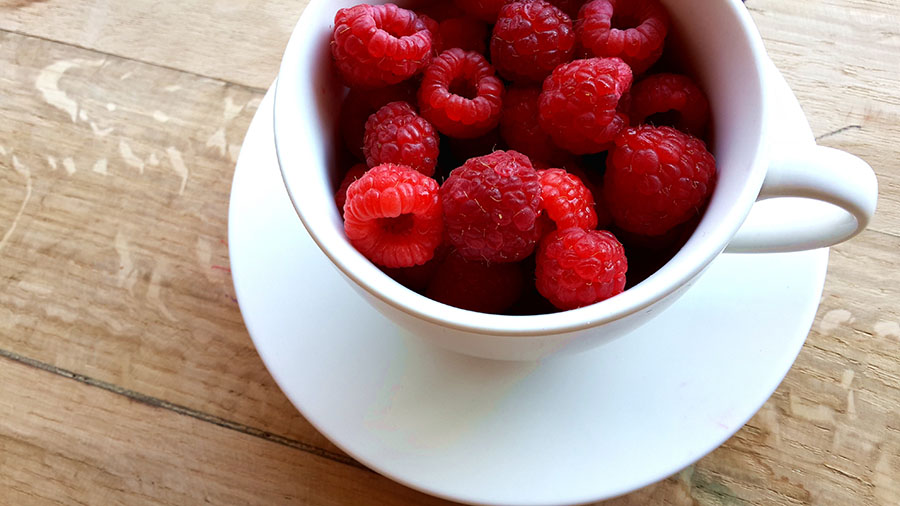 The type and variety of our daily foods can have important influences on the quality of our Qi, the condition of our blood and last but not least on our whole organism. For those who keep fit a healthy diet is essential.

In Chinese dietetics food is judged by its cooling or warming energetic effect. Due to this, types of fruit and vegetables such as tomatoes, watermelon or spinaches can help cool infections. However, the ginger root is most suitable for processes in which surfaces are “opened” and triggers of illnesses are driven out.

Chinese dietetics do not primarily serve weight- loss and slimming (in contrast to Western diets) but rather to support one’s body balance out certain deficiencies. For those whom preventing illness is of great importance a combination Chinese dietetics with Qi Gong is advisable.

Directly translated the Tunia-massage means „pressing and grasping“, the two most important hand movements that are used for this type of massage. Diagnosis and treatment are based on the same principals as acupuncture as the Tunia-massage massages (normally through one’s clothes) the QI’s channels and especially certain adjoining points, to rebalance a healthy body.

Beside many other illnesses, for example colds or indigestion, problems with the human musculoskeletal system in particular can be successfully cured. The Tunia-massage is also suitable for self-massage and for children’s treatments (e.g. for hay fever).

This type of therapy demonstrates how well the five components of traditional Chinese medicine (acupuncture, herbalism, dietetics, Tunia and Qi Gong) work together for the benefit of your health.

Traditional Chinese medicine (TCM) is a fascinating and effective art of healing that has been in practice for many thousands of years.

If you would like to learn more about this subject please click on the links listed below: